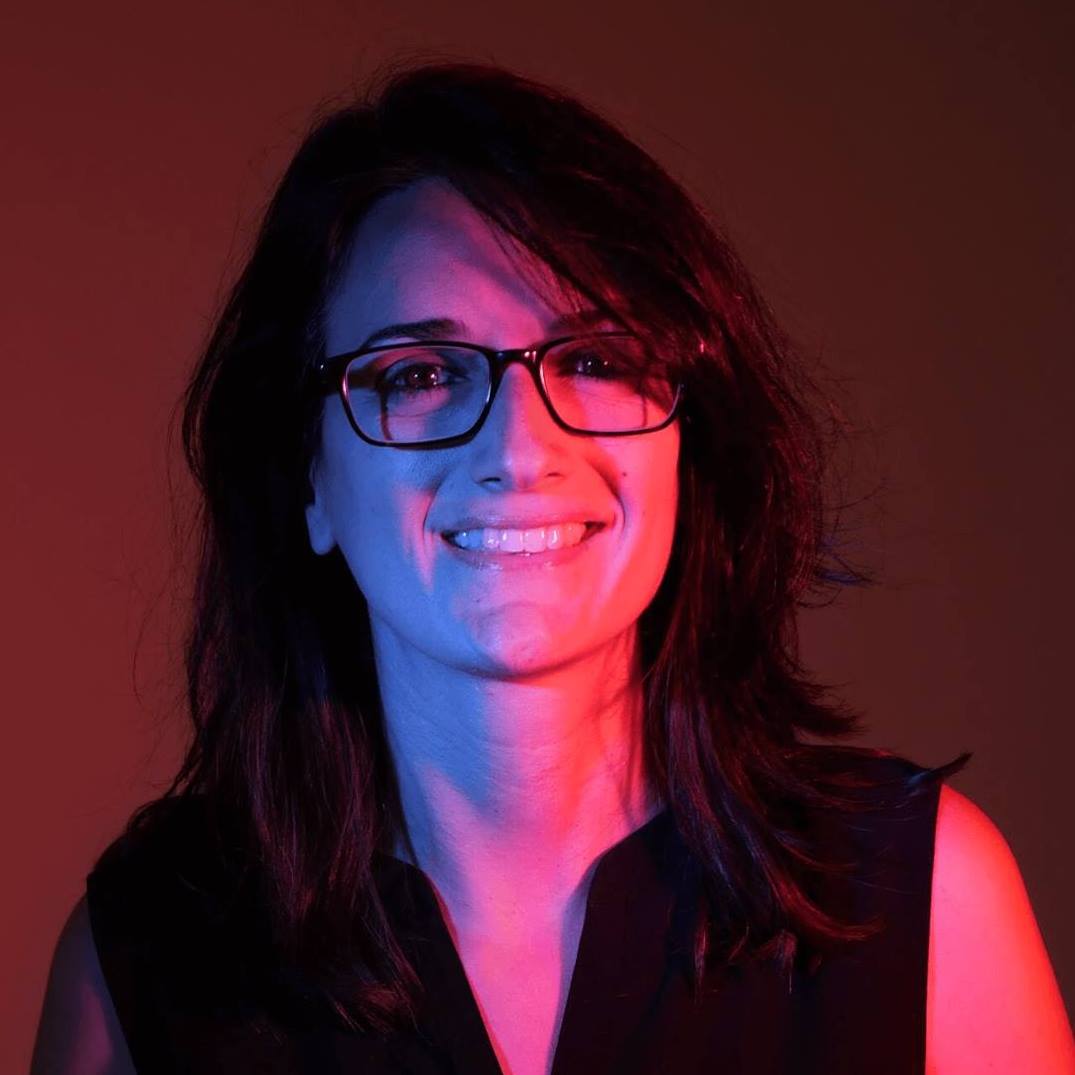 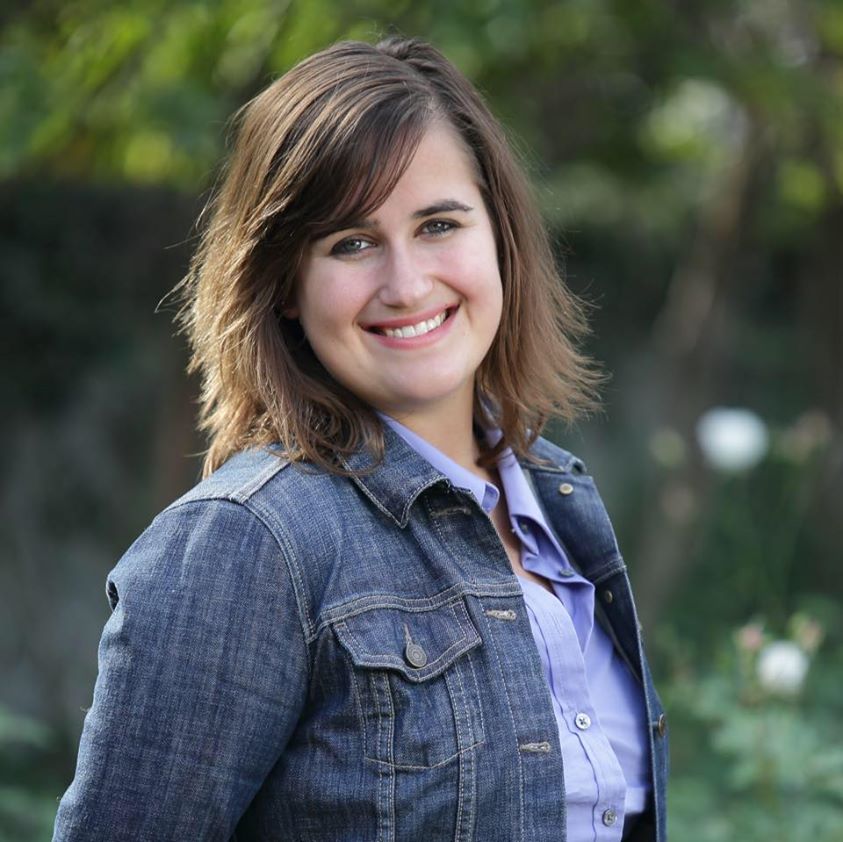 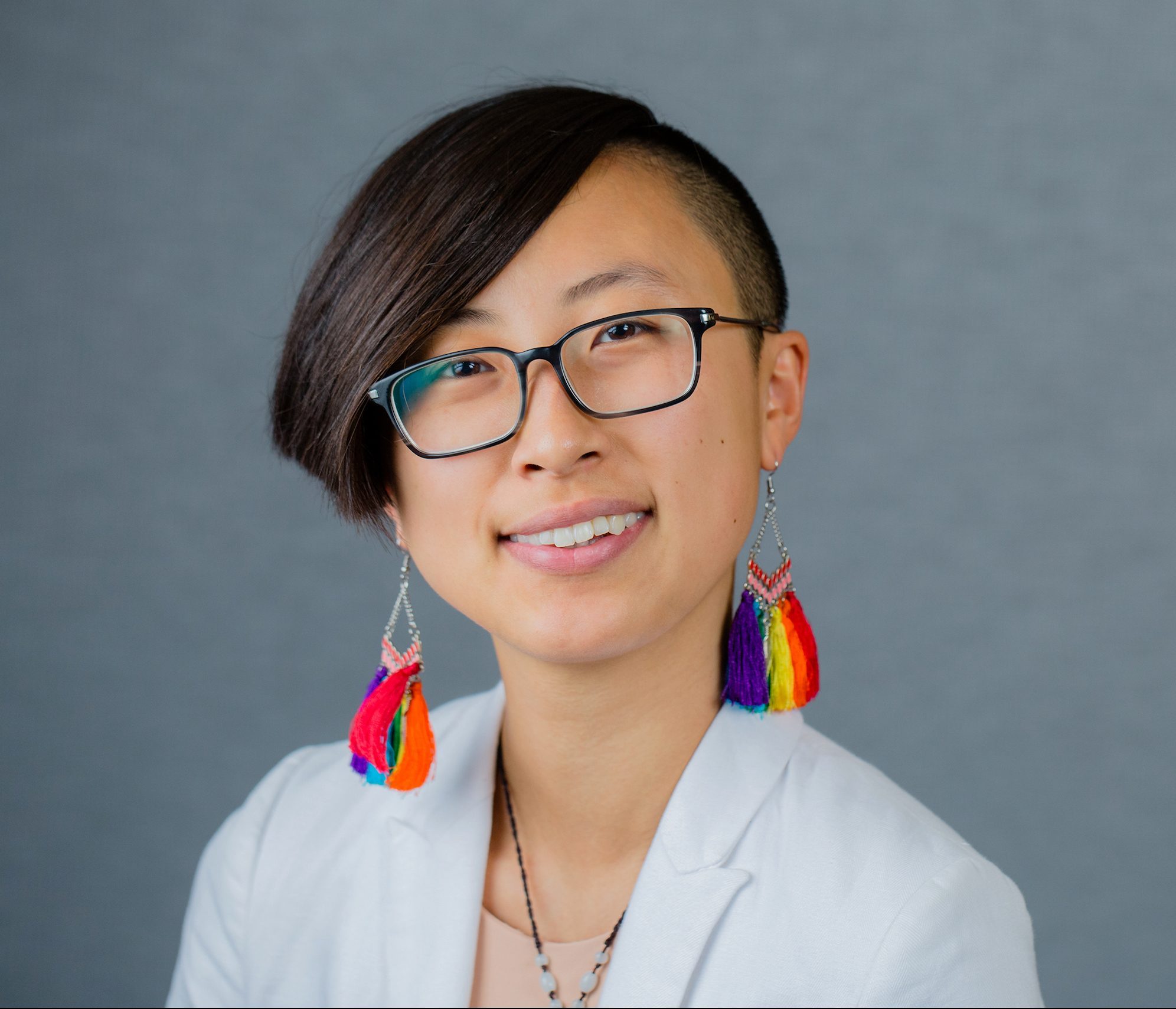 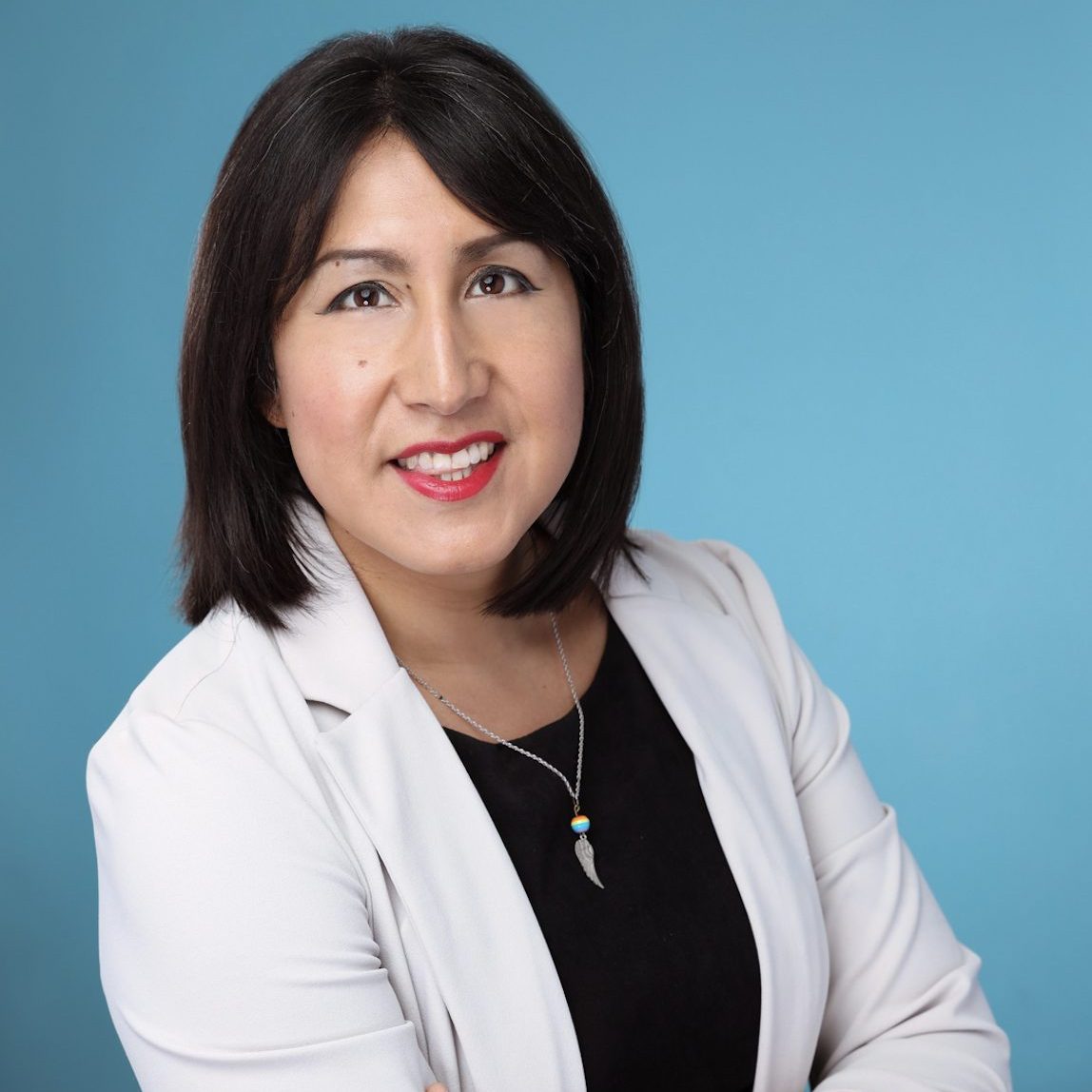 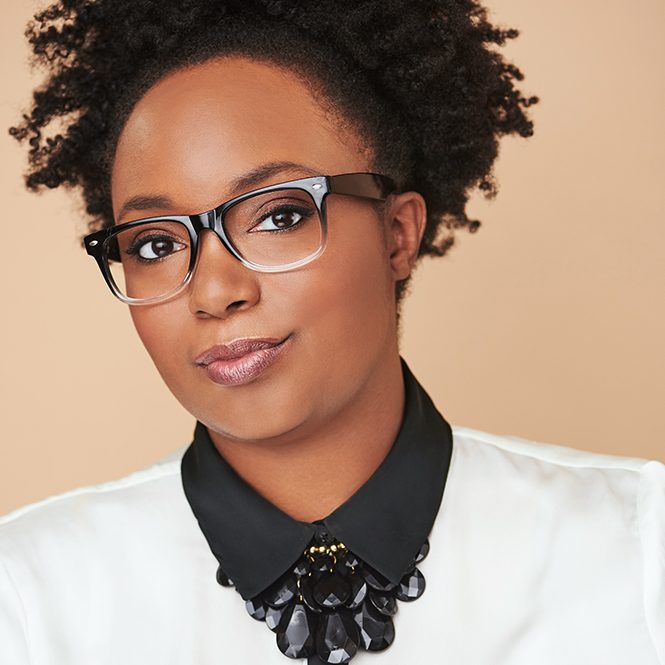 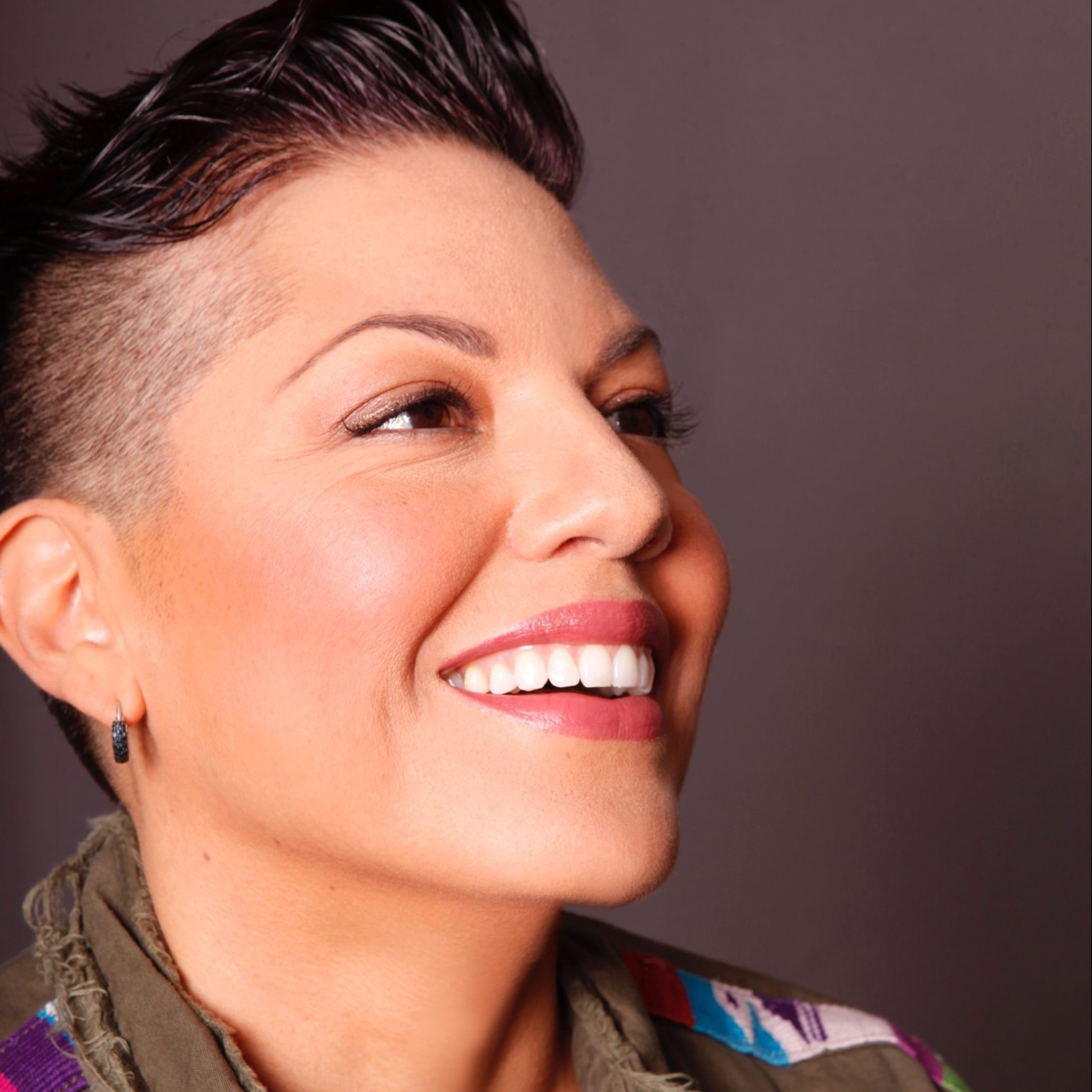 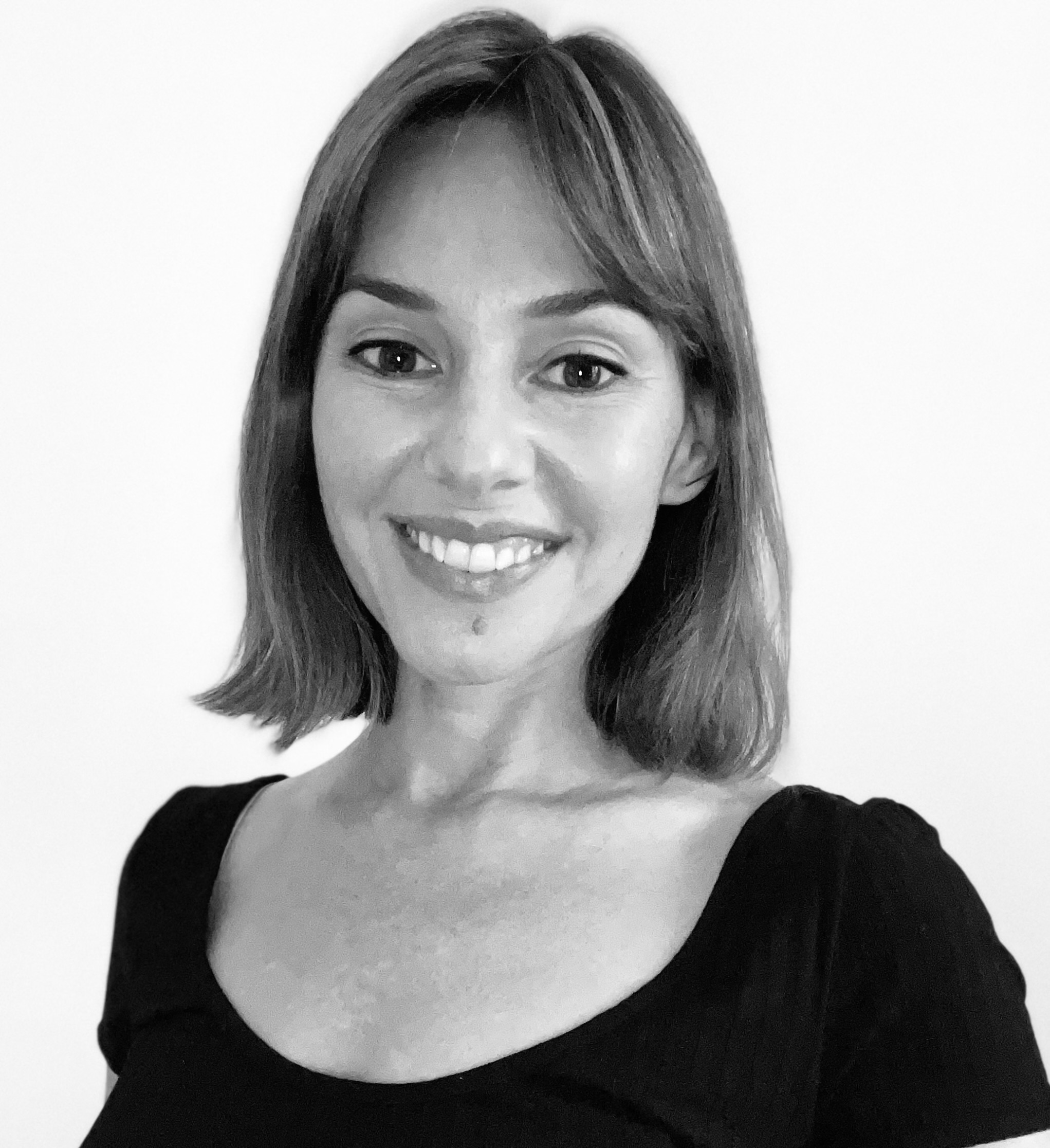 Nicole has advocated for the bisexual community for the past 20 years. She co-authored The Bisexual’s Guide to the Universe, which won a Lambda Literary Award in 2006, and founded #StillBisexual in 2015 as a video project in which bi+ people of all races, ages and gender identities shared their stories of bi-erasure and self-acceptance. The campaign received nationwide coverage from NBC News, Cosmopolitan, Bustle, Huffington Post, Towleroad, The Daily Beast, and was listed by the Human Rights Campaign as one of seven “must-have” resources for bisexual health.

In 2019, Nicole transformed Still Bisexual into a 501(c)(3) organization and developed its LGBTQ+ education curriculum with the help of community stakeholders. The videos from that curriculum are currently used by Planned Parenthood Los Angeles to train peer advocates who reach 15,000+ students at the Los Angeles Unified School District each year.

The Trevor Project has praised Still Bisexual for its “education and advocacy” and Equality California has featured Nicole as a speaker for its Fair Share for Equality TED Talk lecture series. In 2019, Nicole and Still Bisexual helped organize the world’s largest-ever Bi Pride parade and festival in the City of West Hollywood in collaboration with local bi groups and the Human Rights Campaign.

Nicole currently leads the San Fernando Valley Task Force for California LGBTQ Health and Human Services Network’s #Out4MentalHealth project and has been the Co-Chair of the Los Angeles County Department of Mental Health’s LGBTQIA2-S Underserved Cultural Community since 2020 where she works with grassroots LGBTQIA2-S leaders from across Los Angeles.

Prior to working in bi+ advocacy, Nicole worked in television as a script coordinator and as a journalist where she wrote for publications like Newsweek, Back Stage, and The Hollywood Reporter.

Sara identifies as queer/bisexual and has held a number of organizing and communications roles for organizations that advocate for LGBTQ+ and reproductive rights on the local, state and federal level. She cut her organizing teeth at Planned Parenthood Los Angeles, organizing PPLA patients who wanted to become storytellers, advocates and volunteer leaders. In 2020, Sara proudly testified in front of the Virginia state legislature in support of LGBTQ+ non-discrimination laws. In her current day job  at Analyst Institute, she trains and advises advocacy and political organizations on how to apply persuasion, mobilization and action-taking research to their campaigns.

As a former journalist, Sara believes in the power of storytelling and the importance of increasing intersectional bisexual representation in the news and in the media. She continues to train many audiences in the Story of Self and storytelling as an advocacy tool.

Sara lives in Virginia with her cat Rosa, named after the Brooklyn Nine-Nine bi-icon Rosa Diaz.

Tracy is a coach and consultant based in Los Angeles, on unceded Tongva land. They were the Executive Director of API Equality-LA, a grassroots API LGBTQ+ organization in Los Angeles, until 2021. They have been involved in supporting various grassroots Asian American and QTPOC social justice spaces, such as Tuesday Night Cafe, Free Radicals, Summer Activist Training, and the May Day Trans Queer Intersex Contingent. Tracy graduated from Pomona College with a degree in Asian American Studies and Psychology.

Alexis’ background is in public health policy with a specialization in substance use disorders in the LGBTQIA+ community. She was a thought leader in her field and worked to raise awareness of how systems of oppression (such as housing discrimination or over-policing) lead to shorter lifespans and poorer health for marginalized peoples and how the only way to improve the health of marginalized communities is the dismantling of these systems. She also served on the City of West Hollywood’s Transgender Advisory Board for 4 years and in this role worked to create numerous policy changes and campaigns to create a safer city for transgender people.

Alexis is an alumni of the Equality California Institute Leadership Academy, and has participated in many initiatives that train underrepresented minorities to run for office. Alexis was named Woman of the Year 2020 for CA-28 by Representative Adam Schiff.

Ashlei is an American actress, writer, filmmaker and activist from Dayton, Ohio. She serves on the board of Still Bisexual and the #Out4MentalHealth San Fernando Valley Task Force. She has served on the Community Engagement Committee for the Human Rights Campaign Los Angeles, as well as the 2018 and 2019 planning committee that brought the world’s first city-sponsored Bi Pride to the city of West Hollywood. Ashlei’s love for community and visibility has helped her create programs like Sacred Space: A Black LGBTQ+ Wellness Event, which centers around providing a safe space where Black LGBTQ+ members can receive healing from other Black LGBTQ+ wellness practitioners. Ashlei also created Still Bisexual’s Bi Visibility in Film event, a one-day film festival that celebrates bi+ stories and storytellers. As a Black bisexual artist, Ashlei’s priorities are to use her intersectionalities through storytelling to shine a light on stories, worlds, and characters that live amongst us who haven’t had their stories told. She continues to use her unique voice and perspective through her creative works, including her groundbreaking comedy series, #TMI, and her latest film Sia.

Tony Award winner Sara Ramírez made history playing the longest-running LGBTQ+ character on TV, orthopedic surgeon Dr. Callie Torres, for over a decade on ABC’s top-rated television drama Grey’s Anatomy. In 2017, Ramirez joined CBS’s hit drama Madam Secretary as a series regular playing policy advisor Kat Sandoval. For their performance as Lady of the Lake in the Broadway smash-hit Monty Python’s Spamalot, they earned both a Tony Award© and an Outer Critics Award. In 2020, Sara was awarded a Webby Award for best individual performance for The Feels. They also received Emmy nominations for Outstanding Limited Performance in Daytime Program and Outstanding Original Song for The Feels. They will next be seen in the Max Original And Just Like That…, the new chapter of HBO Series Sex and the City opposite Sarah Jessica Parker, Kristin Davis, Cynthia Nixon, and Nicole Ari Parker. Sara will portray Che Diaz, a nonbinary, queer, podcaster and stand-up comedian.

Sara attended the Juilliard Drama School and shortly after graduation made their Broadway debut starring in Paul Simon’s The Capeman. Following that, they starred on Broadway in Fascinating Rhythm and A Class Act, as well as Off Broadway in The Vagina Monologues.

Sara was the voice of Queen Miranda on Disney’s celebrated animated series Sofia the First and Mamá Calaca in Disney’s animated series Vampirina. They have guest-starred on the television series NYPD Blue, Law & Order: SVU, Third Watch and Spin City. Sara’s singing was also featured in several episodes of Grey’s Anatomy. After performing the most prominent songs in the series’ special musical event episode in 2011, they released their own EP on iTunes later that year. They also sang the Michael Pemberton-penned theme song “Rollercoaster” at TED Talks Live NYC on PBS.

As a voice for equity and inclusion, Sara was awarded the Ally For Equality Award by the Human Rights Campaign Foundation in 2015, and the Trailblazers Award by the New York LGBT Center in 2017. They have also been acknowledged by the City of Los Angeles as a queer bisexual Mexican-American activist and artist working across intersections to advance liberation. In June of 2019, Sara performed “Over the Rainbow” at the NYC opening Ceremony of World Pride.

Mary is a passionate healthcare advocate with experience in community engagement, strategic partnerships, fundraising and grantmaking. Through her work in the life sciences, she is dedicated to advancing the outcomes and experiences of people living with unmet medical needs and serious illnesses. Currently, she heads global patient advocacy and engagement at Cytokinetics (NASDAQ: CYTK), a mission-driven biopharmaceutical company specializing in muscle biology. At Cytokinetics, she is focused on championing patient and caregiver voices throughout the drug development continuum, partnering with advocacy organizations to effectively meet the needs of the patient community, and working to increase equitable access to potential therapies.

Previously, Mary was the Vice President of Philanthropic Partnerships at Parker Media, a privately held technology, social impact and investment platform. She served on the senior leadership team of the Parker Institute for Cancer Immunotherapy and led the strategy for institutional advancement. Mary has also held leadership and community engagement roles at Pancreatic Cancer Action Network and Stand Up To Cancer.  She’s proud to serve on the Board of Directors of Breast Cancer Prevention Partners and Still Bisexual. Mary earned her Bachelor’s degree from McGill University in Montreal, Canada.

Still Bisexual is a grassroots, volunteer-led organization. We achieve our mission through the generous work of volunteers on our Communications, Events, and Development committees. Through their talent and hard work, we launch successful fundraising and social media campaigns, raise visibility, and build community events where folks can be their authentic selves.

If you would like to join one of our committees, please fill out our volunteer form